I had not heard of Josh Linkner (@joshlinkner) until I registered for this conference. Linkner's goal is to make the world more creative.  His keynote demonstrated how other organizations have been creative, crafted new messages, and in some ways reinvented themselves. During his talk, Linkner led us in several activities and it was with those that I developed my take-always from the session.

First, Linkner talked about the five steps to encourage creativity: 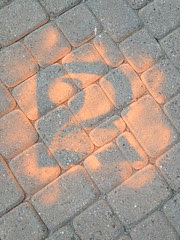 Then, Linkner led us through these three ways of generating new ideas:
I am anxious to try those brainstorming techniques with my colleagues.  I can see each of them working well and producing ideas worth considering.

Linkner used media very well during his talk, including several videos, including "dove evolution" and the videos below.