If you have an email subscription to this blog, that subscription is either through Feedburner or Feedblitz. At some point, I registered to use both of those services, but now Feedburner (owned by Google) is changing. By the end of this week, I will move all of the Feedburner subscriptions to Feedblitz. Yes, I'll email people so they know it is happening, but also thought it best to post something here.

Posted by Jill Hurst-Wahl at 11:46 AM No comments:

In the reading mood? Here are some book recommendations 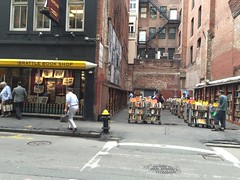 Today is the summer equinox, which means that summer really is in full swing. For many - especially those of us who have received the COVID-19 vaccine - the pandemic restrictions are lifting, and that means we might be looking for books to take to the park, beach, or a coffee shop. I don't do many book recommendations here, but thought I'd stop for a moment and recommend these below. I'll describe why.

That's it! People are always exchanging book recommendations, so - tell me - what are you reading this summer?

FTC Disclaimer: Digitization 101 is an Amazon affiliate and receives a small commission if you purchase a product or service from an Digitization 101 Amazon link.
Posted by Jill Hurst-Wahl at 1:41 PM 1 comment: 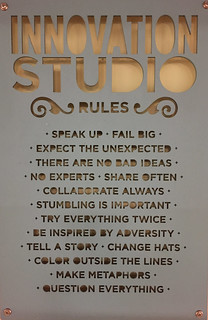 In 2018, I wrote a blog post that was really for my new student workers.  It was entitled "Building a Team." Honestly, putting something in writing to guide my new team in how to work with me was one of the smartest things I've done. And it is something that all teams should do, in some fashion.

Recently, Anthony Brooks-Williams wrote a post on Medium entitled "Want People to Understand How to Work With You? Write Them a Manual." If the idea of writing tips or a manual to help people understand how to best work with you is something you want to pursue, then the questions Brooks-Williams has in his article will help to guide you. Really, this could be the best thing you do, especially as your work transitions this year to whatever the "new normal" is.

Oh...let me say that in 2018 I gave that post to my student workers and it really did help guide us.  It also had us think about how to keep some conversations out of email. We adopted Slack for most of our communications and it worked really well. Besides in-between meeting communications, Slack was a great way of sending meeting reminders or sending a quick update when someone was running late.  Slack may not be the best tool for everyone, but it worked for us.

Finally, I've asked a few people some version of "how do you work" and it is a foreign question. However, if we really want to work together - and work together well - we need to be able to tell each other how we each work. Again, the questions Brooks-Williams asks can help all of us answer that.

Posted by Jill Hurst-Wahl at 8:00 AM No comments:

The Maryland State Legislation passed SB432/HB518, which (synopsis from the Senate bill):

Many people worked on this bill, recognizing its importance to libraries. While others opposed it, the bill became law!  It was not signed by the Governor, which I think is unfortunate.  Rather he allowed it to become law without his endorsement.

Why is it important? As Andrew Albanese states:

SB432 requires any publisher offering to license "an electronic literary product" to consumers in the state to also offer to license the content to public libraries "on reasonable terms" that would enable library users to have access. The bill is scheduled to take effect in January, 2022.

Yes, libraries will have access to the same ebooks that are offered to consumers. Amazing that this isn't already being done, right? But publishers wrongly see libraries as being in competition with them, and so some withhold their ebooks from libraries. This practice harms our communities. As Jonathan Band stated in his written testimony about this bill, "In other words, the bills prevent unreasonable discrimination against public libraries." (Quoted by Matt Enis)

Please note that this bill - and similar bills being introduced into other state legislatures - do not affect copyright. Rather they are looking to state law to create a level playing field for libraries.

I encourage you to read the Maryland bill and then look to see if groups in your state are advocating for something similar. Note that legislation has been proposed in New York and Rhodes Island.  I think as bills are proposed, each will learn from what happened in another state. For example, the Maryland bill may not have everything that another state would want. And every state will have to wrangle with the publishers and their interests, as they work to balance the interest of libraries and constituents. How will that affect wording, etc.? We will have to wait to see.

Posted by Jill Hurst-Wahl at 1:10 PM No comments:

On June 10, 12 noon ET, I am part of a webinar entitled "Frequently Asked Questions About Controlled Digital Lending." Registration is now open.

Controlled Digital Lending (CDL) is a widely used library practice that supports digital lending for libraries of all sizes. Even though CDL is used at hundreds of libraries around the world, questions remain about this important innovation in digital library lending. In this session, we'll be tackling the most commonly asked questions surrounding CDL and answering some of yours. Bring your thoughts and ideas – it's the summer of CDL.
This session is co-sponsored by EveryLibrary, Internet Archive & Library Futures.

The session will be recorded and all registrants will receive a followup email with a link to the video, so go ahead and register, even if you can't make the synchronous event.
Posted by Jill Hurst-Wahl at 11:20 AM No comments: