2017 Year in Review: It was not what I expected

2017 has been quite a year.  I even I blogged more this year than I had since 2013!  Looking back at those posts, and what was happening elsewhere, this is what stands out to me: 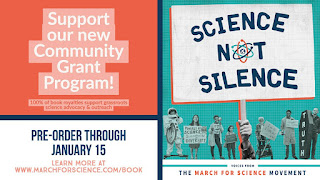 Personally:
Lastly, a one negative that is not attached to any one news event:
I'm sure there is much more that I should be noting and likely your list would be quite different., and that is okay.  What will 2018 have in store for us?  Let's hope that it provides lots of positives! 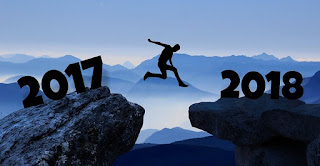 Posted by Jill Hurst-Wahl at 6:16 PM No comments:

This is circulating through the DPN web site and various email lists.You may want to participant in the comment period.

The digital preservation landscape is one of a multitude of choices that vary widely in terms of purpose, scale, cost, and complexity. Over the past year DPN and a group of collaborating organizations* united in the commitment to digital preservation came together to explore how we can better communicate with each other and assist members of the wider community as they negotiate this complicated landscape.

As an initial effort, the group drafted a Digital Preservation Declaration of Shared Values that is now being released for community comment. The document is available here and the comment period will be open until March 1st. In addition, we welcome suggestions from the community for next steps that would be beneficial as we work together. Comments, suggestions and observations may be communicated to the group at comdigpres@googlegroups.com. We also welcome volunteer efforts to translate this code of ethics into additional languages. 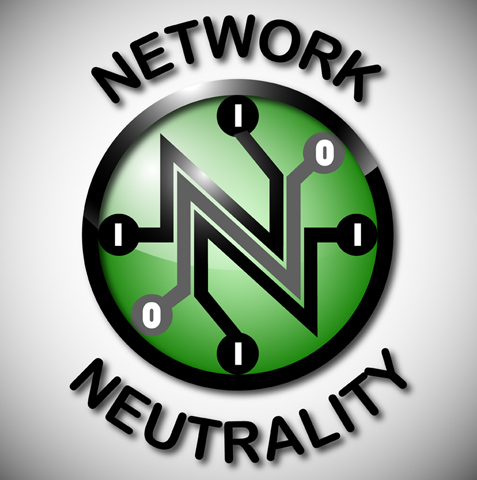 On Dec. 14, the U.S. Federal Communications Commission (FCC) will vote to restore Internet freedom.  This is seen as an attempt to alter what is referred to as Net Neutrality. According to Wikipedia:


Net neutrality is the principle that Internet service providers must treat all data on the Internet the same, and not discriminate or charge differently by user, content, website, platform, application, type of attached equipment, or method of communication. For instance, under these principles, internet service providers are unable to intentionally block, slow down or charge money for specific websites and online content.

When we talk about eliminating net neutrality, we talk about some web sites or services (e.g., streaming movies) being treated differently than other sites.  This means that my web site might be given a lower priority and a person might find that it loads more slowly than another site which has been given a higher priority.  However, it is hard for any of us to imagine what this might actually mean, which brings me to two analogies (which are likely not original).

There is one place where some of us have experience being in the fast lane and that is on a highway.  Around major cities or on heavily traveled interstates, there are high occupancy vehicle (HOV) lanes.  In some place, like near Washington DC, the driver pays to be in those lanes which are moving much faster.  As a person in the slow lane, I am being negatively affected by the traffic around me.  In addition, the highway system is not compelled to do anything that might speed-up my trip.  And while I can see the HOV lanes, I cannot get into them because I have not complied with the requirements for using those lanes.  If you understand that, then you can understand what will happen if net neutrality is eliminated.

If you have not experienced HOV lanes, it is likely you may have experienced the Fast Pass at Disney World, or heard friends talk about them.  The Fast Pass allows you to skip ahead in the line at the rides of your choosing.  If net neutrality is eliminated, some Internet sites will have Fast Passes, while the rest of us will be stuck in line.

Now...I have heard good arguments for allowing some services to have faster access or more priority.  For example, should we give emergency services faster or higher access to the Internet?  And if we did that, would that lead to?  Could that lead to giving faster access to the military or government?  For me, that would be a slippery slope and something we (Internet users) should think seriously about.  However, that discussion should happen after we have moved beyond this current net neutrality vote (and hopefully with net neutrality intact).

If you want to contact the FCC on this issue, you can do so through the FCC web site and through other sites like Battle for the Net.
Posted by Jill Hurst-Wahl at 9:00 AM No comments:

Yesterday, Dec. 6, Maurice Coleman, Paul Signorelli and I gave a one-hour webinar entitled "Oops Embracing Training Failures and Learning From Them."  We talked about problems that a trainer might experience and how to mitigate them, as well as tips for learners.  (By the way, as a trainer, you might listen to those tips for learners and use that information to help you provide tips to keep your learners on track.)

Thanks to Aaron Blumberg at SWFLN for arranging the webinar. Thanks, too, to Deb McClain who provided sign language interpretation (ASL).  The webinar is also closed captioned.

Posted by Jill Hurst-Wahl at 2:02 PM No comments: