Does Canada's copyright exception for education use but their educational publishers at risk?

When good weather comes, that is when I catch up on listening to podcasts. I had saved this episode from Beyond the Book for months.  I'm glad to have finally given it a listen.

At the 2018 Frankfurt Book Fair,  Michael Healy. the executive director of international relations at the Copyright Clearance Center, interviewed Michiel Kolman, the then president of the International Publishers Association.  During that interview, Kolman mentioned the change made to Canadian copyright law in 2012, which provided more exceptions for educational use.  He noted that this change had a negative impact on educational publishers in Canada.  Some publishers have gone out of business.  Some education authors are choosing to publish in other countries.  The result could be that schools may need to use textbooks from outside of Canada. Kolman said:


I think another important aspect there is that Canadian students will not have access to Canadian textbooks that reflect the heritage, as they say in Canada, in other country, the culture – of their own country? It could very well be, if we don’t do anything there, that it’s the Texas Board of Education who’s more or less determining what textbooks are going to be used in Canada. That’s something that should not happen.

In the U.S., we know that the number of textbooks purchased by the State of Texas can give them undue influence over what is in those textbooks and the textbooks used in other states.  It really stood out to me that Texas could also influence what as being used in Canada, if Canadian schools begin to look elsewhere for their textbook resources.

But are things truly dire in Canada because of Copyright?  The National Copyright Unit in Australia has followed this situation and determined that the answer is "no." They believe that Canadian publishers had not responded to market forces, including:

While I cannot sit here and truly determine which point of view is correct, what I do know is that this is being watched by people outside of Canada. That to me says something about how important it is.

When will this all move through the Canadian Parliament?  I don't know. But I'll be keeping my eyes open for news about it.

What Makes a Good Library Website? (And a question about copyright)

Last year, I start the iSchool Public Libraries Initiative (IPLI).  In the fall, two MSLIS students - as part of their work with the IPLI looked at the state library websites for all 50 state libraries.  What they found were websites that varied in how they were organized and in their usefulness. One of the MSLIS students has a background in information technology (IT) and became interested in what libraries - of all types - could be doing differently with their websites.  Sabrina Unrein took that exploration and create a paper on the topic entitled, What Makes a Good Library Website?  She introduced the paper on May 20 through a blog post.

Haven't we talked about this before, as a profession?  Haven't we already improved our websites?  Yes, we've talked about it, and some libraries have improved their websites.  However, some have not kept up with those improvements and those sites are out of date and not accessible to those with vision impairments.


Is your website up to date and using current technologies? That is a question which you need to ask yourself regularly.  I would suggest that you review your site yearly, at least, with more frequently reviews being more useful.  Do not let your website get so out of date that updating its structure, content, or technology requires more time or money than you can give.
Posted by Jill Hurst-Wahl at 2:32 PM No comments:

While judicial decisions, recorded by U.S. courts, have been held a being in the public domain, states have turned to legal publishers to make the materials available, and copyright has become an issue.  In 1888, the Supreme Court ruled that:


The whole work done by the judges consitutes [sic] the authentic exposition and interpretation of the law, which, binding every citizen, is free for publication to all, whether it is a declaration of unwritten law, or an interpretation of a constitution or a statute. Nash v. Lathrop, 142 Mass. 29, 35, 6 N. E. Rep. 559. In Wheaton v. Peters, at page 668, it was said by this court, that it was 'unanimously of opinion that no reporter has or can have any copyright in the written opinions delivered by this court; and that the judges thereof cannot confer on any reporter any such right.' What a court or a judge thereof cannot confer on a reporter as the basis of a copyright in him, they cannot confer on any other person or on the state.

In Georgia, the state believes it can stop someone from publishing court decisions, because of the annotations, which are not part of a judge's ruling.  A federal appeals court has rules against the state, and now the state has asked the Supreme Court to step in, even though it ruled on this in 1888.

The New York Times has a good article on this and it is a fascinating read. Can a state limit who publishes court rules? Can it limit how much is published?  And if a state can control the dissemination of rulings, what affect will this have on its residents?
Posted by Jill Hurst-Wahl at 8:30 AM No comments: 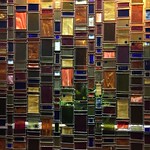 Below is a post I wrote in the Facebook group Library Think Tank (#ALATT) on April 1 and it is now joke.  It is a post that I don't want to lose, so I'm placing it here.  (Please note that it has been updated to fix wording in a couple of places.)


I'm currently on three search committees (and have been on many before this) and I know that we ask versions of this question when we are reviewing candidates. Does this person have the right skills, or can the person (quickly) develop the needed skills? Does the person's attitude mesh with ours? Is the person on the same trajectory as us? Is the person demonstrating that they want to fit in with us?
Yes, we review the person's resume/CV, interview the person, check references, etc., all with an eye towards whether the person is the correct person for this opportunity at this time. The person might not be ready.

Questions (for you to ponder) for those of you on the job hunt, how do you demonstrate to the search committee that you see yourself working in that environment? What is in your cover letter, which connects you to that environment and its needs? Do they see on your resume that you have the skills they are looking for? Through your interview (Skype, telephone, or on-site), can they see that you will fit in? Have you taken the time to learn something about that organization and do you use that information in your interview? If you have to give a presentation, have you inserted what you know about the organization?

When you ask about your piercings or hair color, what you are asking is whether the search committee and organization will see you as fitting in. When they look at everything about you (resume, etc.), will they see someone who belongs in their organization? Or do your materials, presentation, interview, etc. paint a picture of you such that the fact you have piercings or colored hair become the dominate piece of information about you?
Posted by Jill Hurst-Wahl at 9:53 AM No comments: