My colleague, Paul Signorelli, shared this bibliography with me.  The introduction states:


Web conferencing increasingly is becoming part of our communication toolbox through a variety of free and paid services as we use it to conduct meetings and provide workplace leaning and performance opportunities with colleagues near and far. While not completely replacing our face-to-face workplace encounters, the use of web conferencing tools is proving effective in overcoming many of the constraints we face in terms of travel costs, time, and producing positive, long-term results. What is often lacking, however, is an understanding of the presentation skills which take full advantage of the possibilities offered through
web-conferencing.

The following resource list is intended help those new to web-conferencing familiarize themselves with its possibilities while calling attention to basic and innovative elements of contemporary presentation styles.

If you're teaching online, in any form, this bibliography may have resources that could be useful to you.
Posted by Jill Hurst-Wahl at 10:00 AM No comments:

On September 22-23, 2014 the Library of Congress hosted its annual invitational meeting on Designing Storage Architectures(DSA)  for Digital Collections in Washington, DC.  According to the web site:


The DSA meeting brings together technical and industry experts; LC IT and subject matter experts; government specialists with an interest in preservation; decision-makers from a wide range of organizations with digital preservation requirements; and recognized authorities and practitioners of digital preservation.

Presentations from that meeting are now available at http://www.digitalpreservation.gov/meetings/storage14.html.  I'm impressed with the breadth of organizations which did presentations, including Amazon, National Library of New Zealand, Facebook, and NARA.
Posted by Jill Hurst-Wahl at 10:00 AM No comments:

This announcement came to me in mid-September.  My apologies in not posting it sooner.  The event mentioned below is being held today (Oct. 20).

The International Image Interoperability Framework community (http://iiif.io/) is pleased to announce the release of the second major version of its specifications intended to provide a shared layer for dynamic interactions with images and the structure of the collections and objects of which they are part. These APIs are used in production systems to enable cross-institutional integration of content, via mix and match of best of class front end applications and servers.

This release adds additional functionality derived from real world use cases needed by partners within the community, and reflects more than a year of experience with the previous versions and significant input from across the cultural heritage community. It also formalizes many of the aspects that were implicit in the initial versions and makes puts into place a manageable framework for sustainable future development.
Detailed change notes are available.

The specifications are available at:
Accompanying the release of the specifications is a suite of community infrastructure tools, including reference implementations of all versions of the Image API, collections of valid and intentionally invalid example Presentation API resource descriptions, plus validators for both APIs. Production ready software is available for the full Image API stack, with server implementations in both Loris [1] and IIP Server [2], and rich client support in the popular Open Seadragon [3].

There will be a rollout and dissemination event on October 20th, 2014 at the British Library to celebrate this release and engage with the wider community. Further details at http://iiif.io/event/2014/london.html, all are welcome but (free) registration is required.

Feedback, comments and questions are welcomed on the discussion list at iiif-discuss@googlegroups.com

Wayback Wednesday: Tips to help you as you attend conferences (including a new handout)

Among my blog posts are posts that contains tips and other information related to attending conferences.  Those posts include:
Last week, I spoke at a session for the SU iSchool MSLIS students, who are interested in attending conferences. The New York Library Association Annual Conference is coming up soon (November) and so this was a good time to talk about conferences in general and NYLA specifically. For the session, I developed the handout below, which incorporates advice from several different people. I know that there is much more that could have been said, but I didn't want to totally overwhelm them.  If you find this handout useful, please use it! 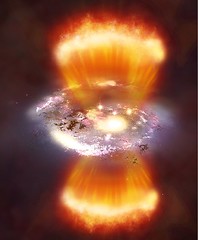 If you are in the stratosphere, here are my expectations of you:
I'll stop there, although I'm sure there is more that I could say.  I do know that more will be said by others, because this is a topic that is not going away soon.
Posted by Jill Hurst-Wahl at 9:00 AM 3 comments: