The end of a month full of meetings

Earlier this month, I wrote a short post saying that this was a month full of meetings and that my blogging might suffer. Actually what emerged were long, thought-filled posts, in several blogs that I write for, on the conferences and meetings I attended. I was blessed to have attended several inspiring events during the month. It was a shame to have them all occur in one month, since I hardly had time to contemplate the lessons of one event before heading off to another.

So where have I been and what have I learned?

Oct. 12, I attended a conference for women entrepreneurs who work in business, the arts and science. The one keynote was given by Lois Frankel, author of Nice Girls Don't Get The Corner Office. What stood out about this event was the wisdom that each person has about their field. The panelists -- mostly from Upstate NY -- were wonderful. We often look for high-powered, well-known panelists, and overlook those people around us who have so many valuable things to say. (notes)

By the way, several people from Cornell University came to this conference and videoed the presenters. Those videos will eventually become part of their e-clip collection on leadership, entrepreneurship and business. (more)

Oct. 17, I did a workshop in Rochester entitled "Social Networking: Tools for Connecting Staff & Patrons." I am continually amazed at how many librarians are still not using or experimenting with social networking tools. I am coming to believe that we are not -- by nature -- experimenters. Those of us who are experimenters brave paths that we hope others will follow, perhaps once the path is worn and smooth.

Oct. 26, I was able to have lunch with Dame Anita Roddick, founder of the Body Shop, along with about 10 others. Then I attended an event where she was the keynote speaker. Wow! I have not considered how her thoughts/ideas could be implemented by or affect a library. Libraries (and other cultural heritage organizations) tend to be value-led, but I don't think we see ourselves real "active" change agents in the societies where we live. (notes)

I also attended sessions for a mini-business boot-camp during the month, which reminded me of those things I already knew, as well as taught me a few new tricks. It can be difficult for people in any profession dedicate time to being refreshed on those basic things we all need to know. We tend to assume that we know/remember that stuff. We often don't want to appear like we don't know "whatever." Yet it can be helpful to step back and relearn the basics. And by sitting with people who are indeed starting out, it can be a great way of seeing the world through their eyes...and maybe seeing a way that we can make their journey easier. 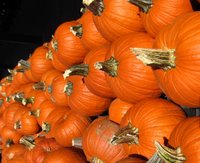 October is done. Now onto November!
Posted by Jill Hurst-Wahl at 1:51 PM