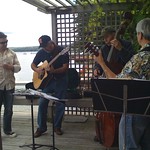 On Oct. 11, 2018, the Music Modernization Act was signed into law in the U.S. According to the GRAMMY Advocacy & Public Policy Office, the Act does the following:


For Songwriters
For Artists
For Studio Professionals
For Fans


However, as Ed Christma notes, there is work to be done - and done quickly - in order to implement the act.   This includes the creation  of a music licensing collective, with a board of directors. Christma writes that:


The collective will need a board of directors comprising 10 publishers; four songwriters who own their own publishing; and three nonvoting advisers, including one who will represent the digital services.

Also a "global database to collect song information and match compositions to recordings" needs to be built.  That in itself is now small feat.  Near the end of his article, Christma says:


The collective must begin operations by Jan. 1, 2021, at which time the statutory blanket licenses take effect. It took 20 years to get to this point; now the industry has 26 months for step two.

So much to do and do quickly indeed.


The U.S. Copyright Office has played a role in developing this legislation and the law does modify Title 17.  In its overview of the law, the Office states:

Note that as of this writing (10/24/2018), the text of the Copyright Law available on the U.S. Copyright Office website had not yet been updated to reflect changes due to the Music Modernization Act and the Marrakesh Treaty Implementation Act.


Music copyright is not my strength and so I'm on the lookout for good articles about what this might mean for libraries.  Does it change what libraries do on a day-to-day basis? Does it change what music libraries have access to?  Does it impact digitization?  Is there a consequence that isn't obvious? I'm seeing nothing that points to the answers of those questions being "yes", but I'm also not seeing anything that says the answer are "no."  At this point, I'm looking forward to the updated book by Dr. Kenneth Crews, which I know he is revising to include changes to copyright law which have occurred this year.

Do keep in mind that some aspects of the law do not go into effect until 2021, so we have time to panic about some of the details!