The divergence of libraries 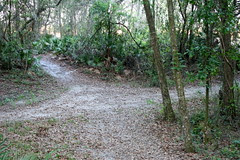 Hard to believe that a podcast on the changes occurring in television (e.g., how do people watch TV) could spark thoughts about libraries, but this podcast did just that.

Graeme Turner, who was interviewed in the podcast, talks about the divergence that is occurring in television programming.  There are those programs that can be watched at anytime (e.g. Breaking Bad), while some should be watched in real time (local news).  Could this concept be applied to libraries?  Are the services of  public libraries diverging?

Let me take a simplicity view of what public libraries do, as I argue in favor of divergence.  First, libraries are information repositories, which help people connect with needed or desired information.  We are all familiar with the services associated with this, which include buy and circulating books, interlibrary loan, creating information repositories, etc.  These are the familiar services that people point to when the talk about the library.  When people associate a library with books, this is what they want.

In this view, there could be independent services that are provided on a contract basis to the community, rather than being a part of each public library.  For example, what if there were library technology trainers that contracted their services to several libraries?  Like circuit librarians, these trainers would schedule times at specific libraries, based on the contractual agreement.  This could raise the level of training available to the community and lessen the cost. 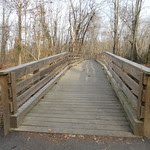 This type of divergence would be an interesting and useful conversation to have with colleagues.  While what I'm proposing might not come to pass, I can see some options that might be worth pursuing anyway.  It could also yield useful conversation with library funders and community members. I think just using the word "divergence" would make people stop, listen and think about what it means for the building, staff, services and the community.  We might find that the conversations leads us down a path that none of us had considered.
Posted by Jill Hurst-Wahl at 9:00 AM

Yes, I agree completely! There has always been some degree of divergence within the library field, but the gap has grown a lot. I can only really talk from the perspective of a library student, but one of the results of this is that education because torn between a lot of very disparate disciplines. Library schools have to offer things like advocacy training for disadvantaged groups as well book conservation, digital objects, database management, and so on and so forth. I think it's important that all of these things are taught, but the chances of a single librarian, or even a single library, doing everything that libraries as a whole have been tasked to do is unreasonable.

On the public end I think libraries have picked up the slack where a lot of other public programs are failing, which is both good and bad. There's also the issue of library work succombing to the mindset of "return on investment" which sees services that are long term and wait for the right moment as a waste and want higher circulation, more programs, etc.

There's a lot of room for innovation. Shopping out expertise might be one of them. Here in Denver we have some pretty strong library systems, but they haven't capitalized so much on the idea of taking the library out of the library and bringing it to the people, from my experience.