In 2012, the  Country of Origin Study Group of the International Literary and Artistic Association (ALAI) released its report.  The report is titled "Determination of Country of Origin When a Work is First Publicly Disclosed Over the Internet." Rather than considering the Internet connection or server where the work is stored on (and location of that piece of hardware), is there a way to connect the work with a specific country based on the author?  The Study Group provided recommendations in its eight-page report to do just that.  Those recommendations are:
This is an important and fascinating topic, so you might want to read the entire report.

Fair Use Week 2017 Infographic: Fair Use Myths and Facts

In celebration of Fair Use Week, I am posting Fair Use infographics.  This one is a two-page PDF.

Fair Use Week 2015 Infographic: Fair Use is for Everybody

In celebration of Fair Use Week, I'm posting Fair Use infographics. This one from 2015 talks about Fair Use being for everybody. Fair Use Week 2016 Infographic: Fair Use in a Day in the Life of a College Student

In celebration of Fair Use Week, I'm posting Fair Use infographics. This one from 2016 is on Fair Us in a day in the life of a college student.

In celebration of Fair Use Week, I'm posting Fair Use infographics. This one is on Fair Use Fundamentals from 2015. The band Duran Duran, known for such hits as "Hungry Like the Wolf" has sought to reclaim in the United States the publishing copyrights on over three dozen songs.  According to CMU:


The Duran Duran case tested whether the reversion right meant that songwriters who assigned their copyrights to music publishers outside the US could still automatically reclaim control of their songs within America after 35 years.

In December 2016, British judge Richard Arnold rules that the publishing agreement “would have conveyed to a reasonable person… that the parties’ intention was that the ‘entire copyrights’ in the compositions should vest, and remain vested, in the claimant for the ‘full term’ of the copyrights”.  Or in other words, the 35-year rule in U.S. copyright law does not apply.

On February 3, 2017, Duran Duran noted that they are being allowed to appeal the decision, although no date has been set for that to occur.

The "Termination of transfers and licenses granted by the author" is explained in Title 17, Section 203. There is also a useful document on the Copyright Office web site, which gives an explanation of this Section.

I have not kept up on what this band is doing and so was surprised to hear about this court case from my students.  Based on a quick Amazon search, a number of books have recently been published on the band and it seems that their popularity and productivity has not diminished.  Kudos to them to also be thinking about the rights to their music and how to gain control of their works!
Posted by Jill Hurst-Wahl at 9:30 AM No comments: Links to this post

The Five Stages of Grief and Information Literacy in the Streets 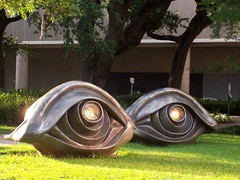 This morning I read an email message from a friend, who said he was going through the five stages of grief (denial, anger, bargaining, depression and acceptance).  We don't go through those stages necessarily in order, and sometimes we loop back to a specific stage.  He noted that he was stuck on anger.

The last 12 days in the United States have put many people somewhere in those five stages, while others are experiencing joy.  If you look at any news web site, you'll see that people - who hold various points of view - are raising their voices, marching in the streets, and contacting their Congressional representatives.  While I'm heartened by all of this activity, I also realize that it is distracting from the normal work each of us needs to be doing.  Staying on task has gotten harder and I suspect that our national productivity has gone down.

One of the not-new tasks is information literacy training, which is becoming of greater importance.  Our need for accurate, verified and understandable information is crucial.  We as information professionals can be beacons of information for those around us both physically and virtually.  We know how to find the explanations that people need, in order to make sense of the actions happening around them. We can locate resources that people can rely on.  And we can not only find information, but we can also work as disseminators (keeping in mind copyright and Fair Use). Of course, we can also teach others how to find this information for themselves.

We are indeed living in an "interesting" time.  Yes, I am distracted, but I will also work to keep blogging on copyright and digitization.  I promise.

Posted by Jill Hurst-Wahl at 10:40 AM No comments: Links to this post